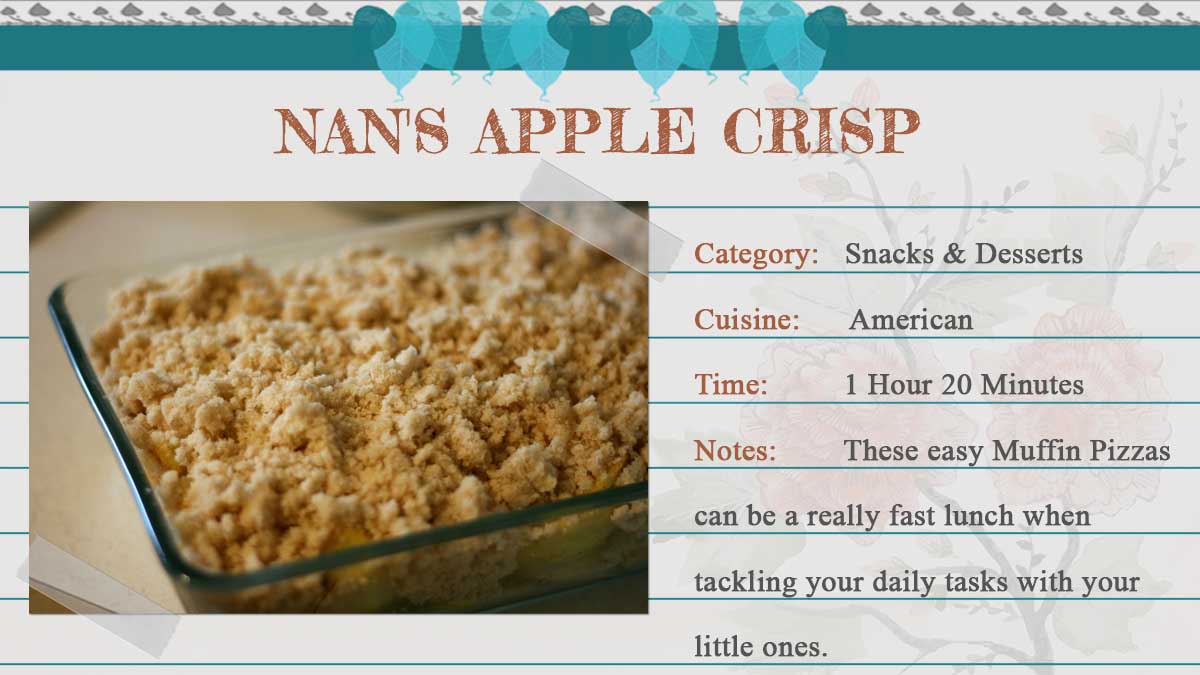 Making Nan’s Apple Crisp is easier than you think with this easy recipe. Once you try this you will forget about all other Apple Crisp recipes! Made with sliced apples and a crispy brown sugar oat topping. The perfect easy dessert for any time of year! Your family will do the happy dance with this treat. Serve it hot and topped with Vanilla Ice cream.

Crisco is a brand of shortening produced by The J.M. Smucker Company popular in the United States. Introduced in June 1911 by Procter & Gamble, it was the first shortening to be made entirely of vegetable oil (cottonseed).

Further success came from the marketing technique of giving away free cookbooks in which every recipe called for Crisco. Crisco vegetable oil was introduced in 1960. In 1976, Procter & Gamble introduced sunflower oil under the trade name Puritan Oil, which was marketed as a lower-cholesterol alternative. In 1988, Puritan Oil became 100% canola oil. 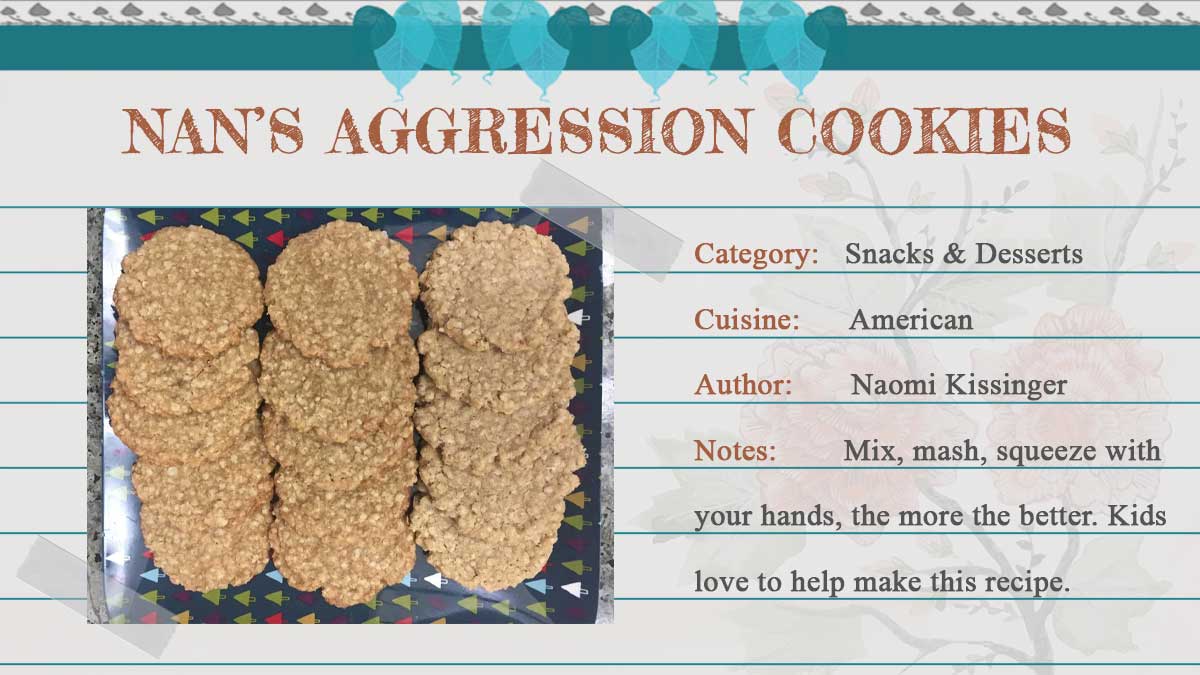